As the brand celebrates 50 million vehicle sales since its creation some 95 years ago, Citroën is unveiling a surprising, creative and bold new concept car ahead of the 2015 Shanghai Motor Show.

The Citroën Aircross concept car will be unveiled at the 2015 Shanghai Motor Show. This symbolic venue was chosen to reflect the importance of the Chinese market, which accounts for 25% of total sales and stands as Citroën's number-one market.

The Citroën Aircross concept conveys a sense of power and determination. The body is set on large wheels with 275/42 R 22 tyres. The tyres were designed exclusively for Citroën Aircross by Continental and feature large tread blocks and a unique pattern for excellent traction on the most demanding surfaces. The striking design of the wheels highlights the all-terrain abilities of the Citroën Aircross.

With its parallel-to-the-road waistline, the new Citroën Aircross conveys an air of confidence, but without the feeling of arrogance or aggression.

The front and rear bumpers fully convey Citroën's design identity. The front end features a new chevron design and a two-tier light signature, which first appeared on the latest-generation C4 Picasso. At the rear, the new 3D-effect lights have a high-tech and emphatically graphic appearance. These classic Citroën design touches are rounded out by a floating roof and uninterrupted area of glass right around the cabin. 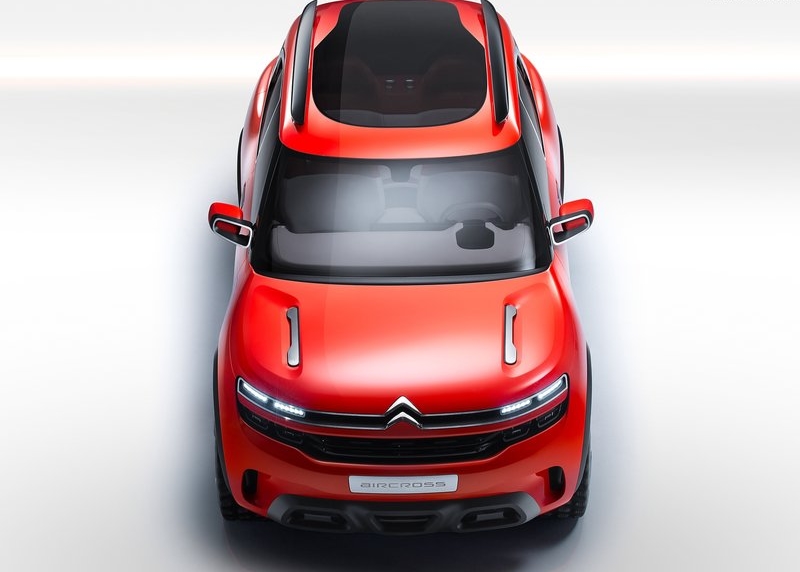