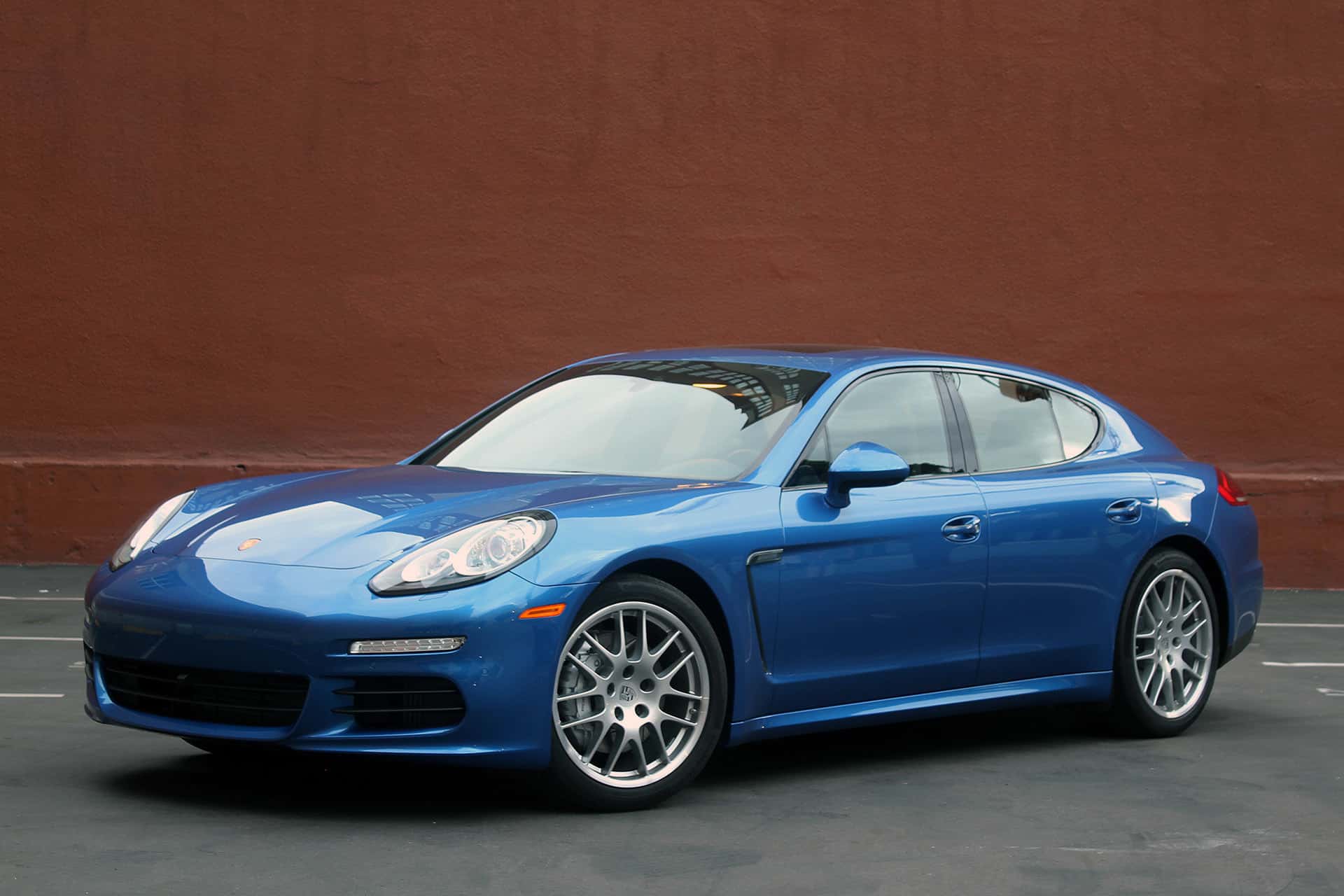 Porsche brought the Panamera in for its garage makeover and drove it out looking almost exactly the same. Turns out it was one of those fancy German refreshes where everything happens in places you can't immediately see, as we found recently on the 2015 Volkswagen Jetta TDI.

The marquee revision across the lineup is under the hood, where every engine gets, at the very least, more power. Such is the case for the naturally aspirated V6 in the entry models, fitted with an increase of 10 horsepower for a total of 310. The same goes for the naturally-aspirated 4.8-liter V8, which lives only in the Panamera GTS now, and gets 10 more hp for a total of 430. That same V8, twin-turbocharged in the Turbo model, is graced with 20 more ponies for 520 hp. 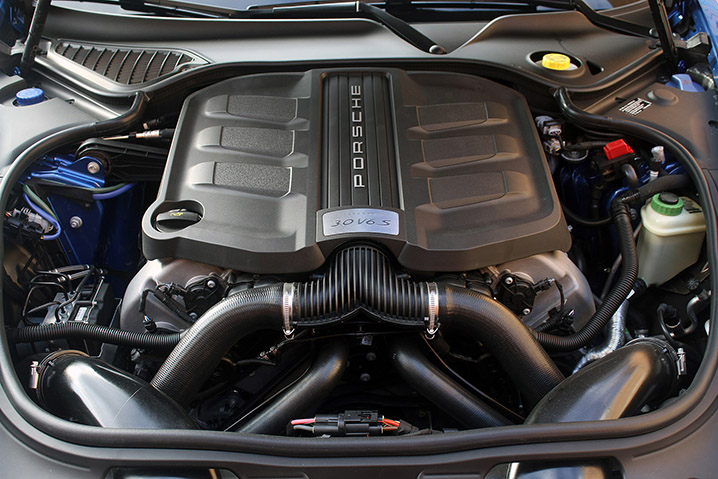 The mightiest marquee revision is saved for the S models, which surrender their use of the 4.8-liter V8 and get a 3.0-liter, all-aluminum, twin-turbocharged V6 in its place. It's a brand-new engine designed in-house and related to the 3.6-liter V6 in the base models, but with new features like a magnesium timing chain cover, variable camshaft timing for the intake and the exhaust valves, and a new fuel- injection system. Putting out 420 hp and 384 pound-feet of torque, it's got 20 more hp and 15 more lb-ft than the V8 it replaces. What's more, torque used to peak from 3,500 to 5,000 rpm, but the new torque curve maintains maximum twist from 1,750 to 5,000 rpm. It is less thirsty as well, posting an estimated fuel economy of 17/27 miles per gallon city/highway, besting the 16/24 city/highway of before. An improved stop-start mechanism contributes to this, as it cuts the engine earlier, and the coasting function benefits from a new disc clutch that can decouple the seven-speed PDK dual-clutch transmission from the driveline.

As we wrote in our Panamera S E-Hybrid review, you'd need to be obsessed with the Panamera to notice the sheet metal changes around that engine. It's the perfect car to ask, oh so coyly, "Notice anything different about me?" while you stand there dumbfounded, silently thinking, "No." Here is your cheat sheet: the front and back ends are "tighter," meaning faintly more squared off, the front intakes are larger, the tailgate gets wider rear glass over the same-sized opening, the rear spoiler is wider, and the rear license plate bracket has been mounted lower. But even now that you know what the changes are, odds are still 200-to-1 against you actually noticing. 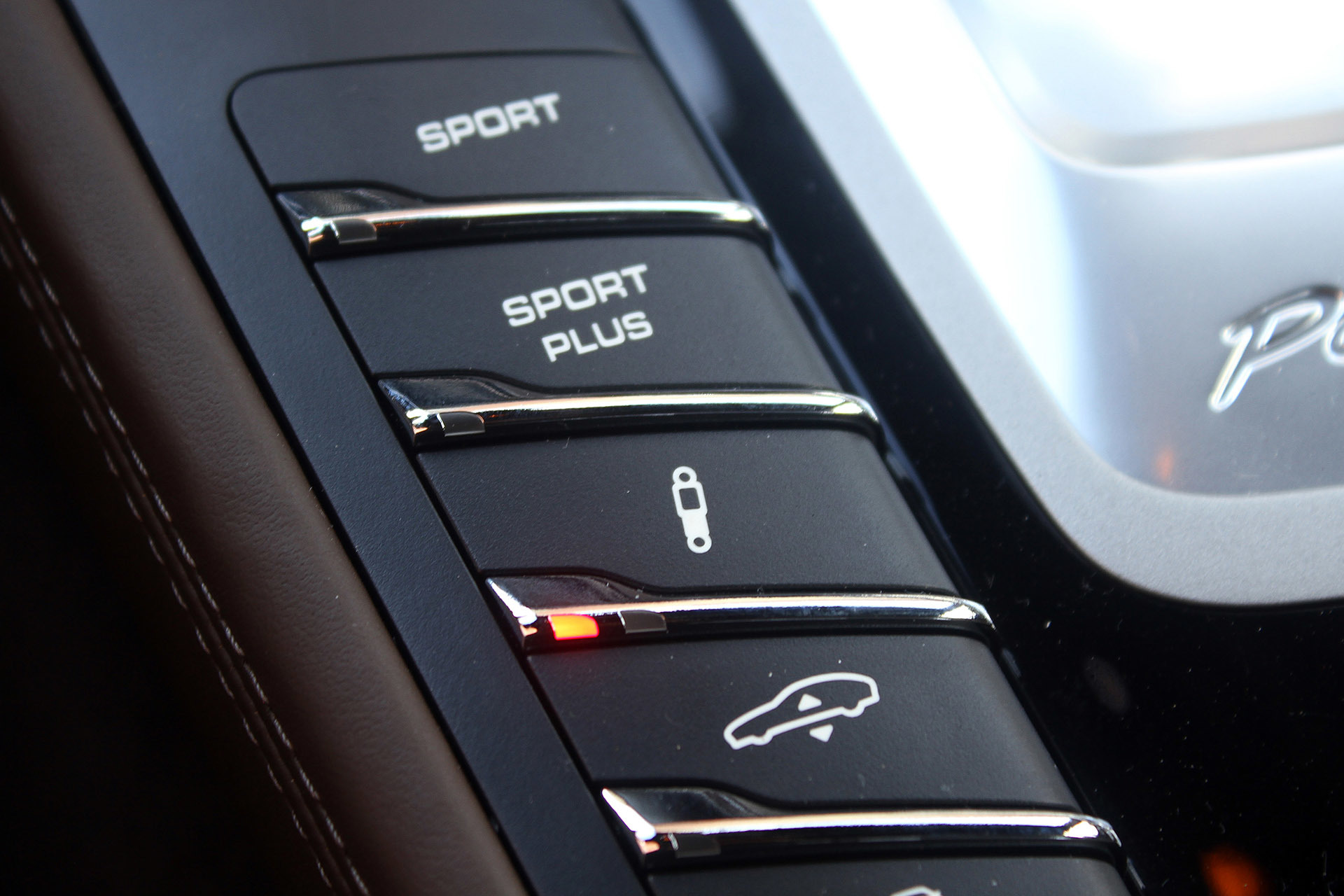 Then there are changes that you genuinely can't see, like the placement of its steel, aluminum, and magnesium materials: the sedan has gained 22 pounds compared to pre-facelift, but Porsche said it has put more lightweight materials at the edges of the car to improve its responses.

Bi-xenon headlights make the grade as standard equipment, while dynamic LED headlights get a place on the options list. Inside, platinum grey leather is replaced by agate grey as the standard interior fare. (The new color is so close to brown that when a Porsche rep told us, "That's our new agate grey interior," we weren't sure what he was talking about, so we pointed to the interior and asked, "this?") Convenience features get a boost with lane departure warning and surround view, adaptive cruise control that can provide additional braking assistance, and the Porsche Car Connect app with remote functionality like vehicle tracking and odometer information... because for some reason you might need to check your odometer reading while you're supposedly busy doing other things.


As with the exterior appearance, the driving experience remains indelibly that of the Panamera. That extra horsepower and snappier torque drops the 0-60 time by 0.3 seconds, to 4.9 without the Sport Chrono pack, or 4.6 seconds with it. Beyond that you would, again, be hard put to tell the 2015 model from the one before the revisions. Around town, where one could theoretically make a substantial case for the rewards of a lot more torque at half the rpm, it's tough to break out the kazoos because we never felt the V8 lacked low-end torque.

There are three suspensions setups available: steel springs with fixed damping rates, steel springs with adjustable damping (PASM), and air suspension. Not only has hardware like control arms and dampers been made larger across the three options, but commodity components like bushings and those control arms have been harmonized across them as well. Spend money on the larger parts that have an easier time supporting the car - even the needles inside the dampers are upsized - save money on using more common components. Nothing has been lost in the exercise: handling was excellent before and remains so – an accomplishment in a two-ton car that is as just as thrilling as it was in 2009 when it came out. Even without the $30,000 options on our test car, there isn't another executive sedan (err, hatchback) in this bracket that is both as useful and dynamically capable as the Panamera. We haven't been on a curvy road yet that can intimidate it. 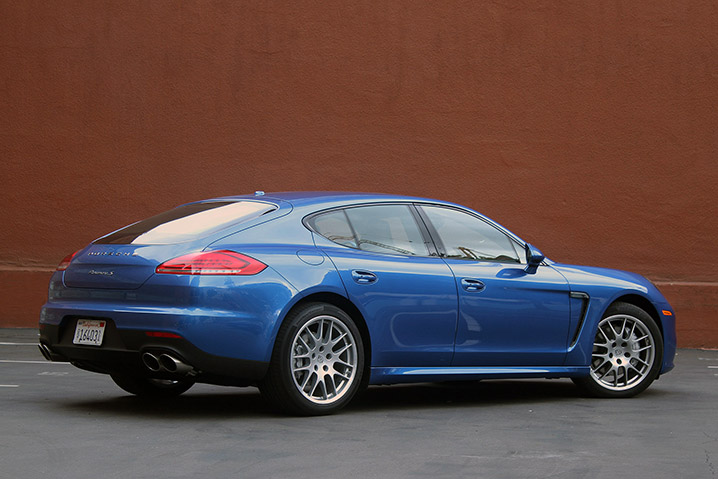 It's too bad about that exhaust note, though, which suffers from the same soggy cardboard thrumming as we encountered from the 3.6-liter V6 in the S E-Hybrid.

When engineers walked off with that NA V8, they took its exhaust note with it; put the previous car in Sport Plus and the variable exhaust spat like it was in a rap battle. In fact, that sound might have been the best thing about driving the Panamera hard. The sport exhaust button on our Sport Chrono-equipped car couldn't come close to producing the same hearty tone – the only letdown on the whole package. If we were cynical we'd say that Porsche was lining up a way to make it a cost option, like the larger fuel tank that adds $400 to the price. But we're not that cynical.

The 2015 Panamera S is more powerful, faster, more efficient and offers more features on top of that gorgeous–if-busy cabin and those lounge-worthy rear seats. Unless you insist on a healthy dose of exhaust note with your six-figure sedan we don't know where you'd be disappointed with this latest offering, another tab in the Less Is More automotive filing cabinet. Maybe with next year's model changes, though, Porsche will let the tailpipes again carry the torch for More Is More.
AutoBlog